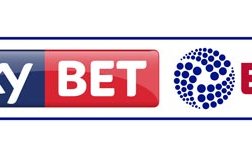 Within the last hour the EFL have confirmed that member clubs have agreed to changes to the summer transfer window deadline and from next season, it will close at an earlier time in August.

All 72 member clubs had representatives at Villa Park for the meeting and the vote that would decide the changes to the summer window following talks back in September, and the vote was in favour of shutting the permanent transfer window early so clubs suffered fewer distractions once the campaign had kicked off.

The specifics of the changes agreed are as follows:

Permanent transfers will cease on Thursday August 9 (2018) at 5pm which brings the EFL into line with the change made at Premier League level last September.

Sign players on Standard Loan up to the 31st August 2018

A statement confirming the agreed upon changes following the vote was released by the EFL.com.

‘The EFL was under no obligation to make any changes and the Board adopted a neutral position on the matter ensuring that clubs were provided with the appropriate information in order to fully consider the implications and come to a decision that benefited their own individual transfer policies.’

‘After discussing the options throughout the course of the last few months, I`m pleased that the matter has been determined by clubs ahead of the start of next season. This new approach will give clubs and managers the stability they crave earlier in the season whilst also providing the flexibility to add to their squads after the traditional deadline until the end of the month if required.’